Auckland based Taiko Drummers perform both traditional Japanese Taiko pieces and their own material regularly for:

What is Taiko Drumming?

Taiko is an ancient Japanese form of percussion (drumming) using large drums. The drums vary in size from roughly a snare drum (“shime”), to drums as large as a vehicle (the “o-daiko”). The most common drum size in Taiko is the “chu-daiko” which is the size of a standard wine barrel.

During the 1900’s, Taiko drumming became a musical art form that involved a music group and precise choreographed movements. This is Taiko as we know it today.

One of Taiko’s most defining aspects is it’s dynamic playing style. Taiko playing is loud, hard, and fast, and involves a lot of choreographed movement which many identify with Japanese martial arts.

There are over 8,000 Taiko groups in Japan, but it is only over the last 30 or so years that taiko drumming has become popular in the western world. Even if you have not seen taiko drumming live, you have probably still seen it in movies with a Japanese theme, such as Rising Sun, or The Hunted.

In Taiko drumming the performers are not just using the drum as an instrument; they are aiming to form a connection between the drum and themselves through the following four principles:

Through these four principles the performers hope to achieve what they call the ultimate expression of taiko, when the art becomes a part of their personality, a way of being and life expression. The first principle ‘attitude’ refers to having a respect for one’s self, other players, and the instruments in order to bring about a discipline of both body and mind.

As Taiko drumming is a form of group drumming that has precise choreographed movements, it is crucial that the performers develop an awareness of their body movement in space and their interaction with other players. 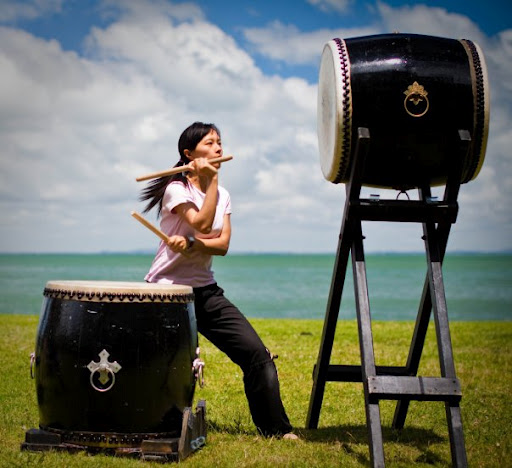 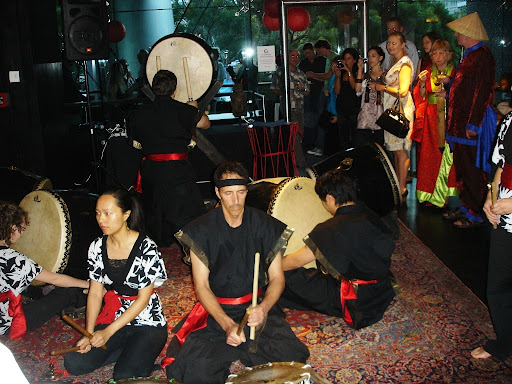 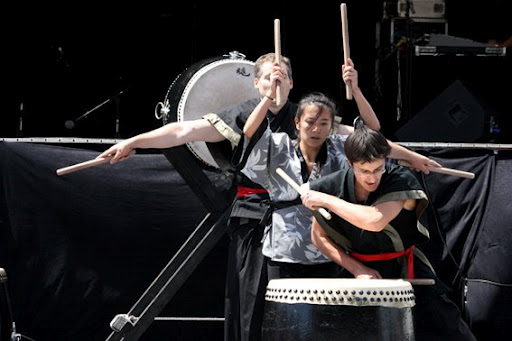