Vitale is in demand as a speaker. He speaks on four major topics: Inspiration, Culture, Leadership, and Diversity.

Vitale Lafaele commanded the Armed Offenders’ Squad for over 10 years and was the first Samoan Police Commander in the NZ Police. Vitale speaks on the topics of Leadership and Diversity.

He is a results-focused senior executive with demonstrable business acumen and key competencies in business, operational management and leadership development of teams with a focus on diversity.

Vitale was born in Apia, Samoa. His family moved to Auckland when he was two years old.

When he left school, he applied to join the NZ Army Special Air Service (SAS) in the first intake open to civilians.  From the 300 applicants, Vitale was one of four people who survived the 15-month course and spent 7 years as a soldier in the SAS, joining the Police in 1985.

Vitale spent 15 years as a Detective Senior Sergeant and Senior Manager in the CIB and when promoted to Inspector in 2004 was given command of the Special Tactics Anti-Terrorist Group and Armed Offenders Squad.

Under his leadership, both squads were deployed in some of the most nationally significant events in recent times such as the Napier siege, Urewera anti-terrorist raids, and the highly publicised New Lynn hostage rescue, the only explosive entry in NZ Police history.

Vitale knows first-hand the importance of organisational leadership and the notion that everyone is a leader.  Leaders enable a common vision and create an organisational culture of excellence and high performance.  Vitale promoted leadership in the staff he has commanded from small SAS patrols and tactical teams to hundreds of staff as Area Commander.

Highlights of his career include deploying overseas and serving as a Tactical Commander with the Victoria Police at the Melbourne Commonwealth Games and as the Personal Protection Officer to President Bill Clinton at CHOGM and Prime Minister Tony Blair on his visit to NZ in 2006.

Vitale’s career has spanned over 35 years of Army and Police operational, tactical, and executive leadership and is he the only Police officer to command all of NZ Police Tactical Squads.

Vitale has a fascinating story to tell from the early days as a Pacific youth growing up in Grey Lynn to following his dreams of one day joining the Army and Police.  Vitale exceeded his own expectations serving in the elite SAS and commanding the NZ Police Armed Offenders Squad and Special Tactics Group.

A rare insight into his training, decision making and mental toughness when charged with the responsibility of making the right decisions under extreme circumstances to save people’s lives.

When he was appointed to the role of area commander Counties Manukau South he was the first Samoan to gain the command of an area in New Zealand and the first Polynesian to reach the top level in any of Auckland’s three metropolitan police districts.

Vitale is also the only Polynesian to command the Armed Offenders Squad, Special Tactics Group Anti-Terrorist Squad and Dignitary VIP Protection Squad in the NZ Police.   And the only Polynesian to be appointed Private Secretary to the Minister of Police at Parliament and the Commissioners Executive Staff Officer at Police National Headquarters Wellington.

Inspiration: the story of how a little Samoan boy grew up to become a Samoan Chief (Matai) and one of New Zealand’s most decorated Police Officers. Audience feedback indicates that they love Vitale’s modesty and approach and are inspired by his story of commitment in the face of many so-called obstacles.

Culture: Vitale believes that it is the culture of the organisation that ultimately drives the outcome. The foundation that underpins the ability of the team to function at its best under all circumstances. The Dynamism of the group.

Leadership: Vitale uses real-life case-studies to give insight into leadership and what it means in life and death situations. As one delegate put it “I felt the hair stand up on my neck as VJ was telling us about the siege and the sniper”

Diversity: This is a very hot topic right now and nobody has more first-hand experience than Vitale, who was instrumental in taking diversity to the NZ Police. 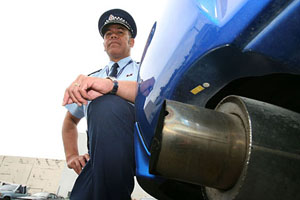