The First Ladies Of Soul

Sassy Soul, Deep Funk & Raunchy Blues. Groove along, move along & sing along to a program of the finest soul classics.

If you love the First Ladies of Soul you will love this show!

Born in the U.K, Jo Elms was raised in NZ where she graduated with a Major in Jazz Performance from the CHCH School of Jazz and in the same year was presented with the ‘Jazz Soloist of the South Island’ Award. Since then Jo has gone on to study various forms of entertainment including dance, stage/television acting and vocal technique.

Her first single, Closest Thing to Heaven, was released through Warner Bros NZ, and went to #5 on the NZ pop charts. Her list of credits include a lead role in The Official Tribute to the Blues Brothers-Live on Stage, a featured role in the TV series Hercules, a lead role in the U.S TV series Deadly Women and singing backing vocals for artists such as Rick Price, Glenn Shorrock, Tina Arena, Mark Williams, Margaret Urlich, Julie Anthony and Dame Edna Everage.

Kim Hart is regarded as one of the most successful New Zealand female singers to call Australia her home. After a series of successful Album releases in New Zealand, Kim was signed to EMI, Australia. Her debut single, Love At First Night, reached the top 5 of the ARIA charts in the summer of 1980. The video was debuted on the now legendary Countdown and later that year Kim was invited a to co-host an episode with Molly Meldrum.

Kim has toured Australia as a special guest to Sir Elton John, Germaine Jackson, Roy Orbison and the premier Soul group, The Commodores. Her numerous live television performances reads like a list of every Australian entertainment show ever produced. Don Lane Show, Midday Show, Hey Hey It’s Saturday and Roy & HG’s Club Buggary to name a few. Her voice has featured on the theme songs to successful Australian television shows, such as, Better Homes & Gardens, Who Dares Wins, What’s Good For You and Popstars (Worldwide).

Sydney based singer Liza Ohlback, has been described as a “World Class Performer” by Kevin Jacobsen, and has been working at top venues, major functions and festivals in Sydney and Interstate for over 20 years.

She has also worked with some of the top artists in Australia including Richard Clapton, Paulini, John Paul Young and many more.

A versatile singer with a big soulful voice she has the ability to captivate an audience with her witty banter and passionate delivery. In the past few years Liza has released 2 CD’s Gee Baby and Trouble Goin Down to rave reviews. She has also worked in shows such as Carols in the Domain, Bombshells, Tied up in Dylan and Running with the Shadows with CC entertainment.

Note: Shows vary in length but are approx. 40 – 60 minutes duration. The shows can be performed as one show or broken into 2 parts. Naturally shows can be tailored to suit your needs.

All shows involve professional muscicans. Content of shows may change due to updating with new material. 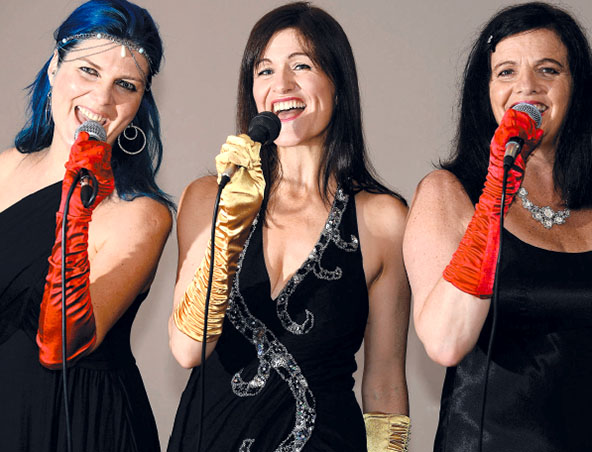