Bollywood DJ Richi has amazing energy and loves using the microphone to get the crowd going crazy! He prides himself on his reputation for being professional, listening to his clients and putting one hundred percent into his performances to make each gig a memorable experience.

Richi was Born and brought up in London and  is a pioneer of the Australian Indian dance scene.

He organised the first ever Bollywood and Bhangra club nights in Melbourne. He has DJ’d across Australia and overseas including with MTV Europe award winner Panjabi MC and on local and national radio (inc. Radio National, Triple R, PBS and Kiss FM).

Apart from DJing and MCing, he plays a groovy drum called the “Dhol” (widely featured in Bollywood and Bhangra tracks).

Richi has been DJing and MCing for over 12 years at a wide range of venues and events including major outdoor festivals, weddings, birthdays, dinner dances and club nights.

He has played at several dance nights including “Hot & Spicy”, “Love 2 dance” and “One nation under a groove”.

Previously  Richi was invited to perform at the annual Globe to Globe World Music Festival at Namatjira Park, Clayton. He also arranged and participated in a Bollywood item for the Commonwealth Games Cultural Festival media launch. 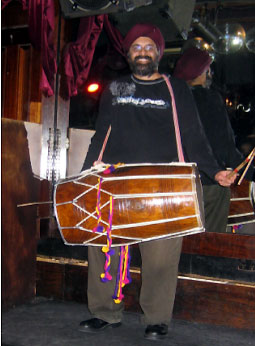 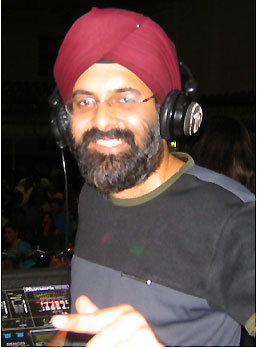