Darryl and Harmony Lovegrove – Father and Daughter duo Darryl & Harmony are a singing sensation that will make your event something you won’t forget! Perfect for your next corporate function, charity fundraiser, wedding or other private event

Father and Daughter duo Darryl and Harmony Lovegrove won the highest accolade for entertainment in the corporate and special events industry being ‘ENTERTAINER OF THE YEAR’ at the prestigious Australian Event Awards 2012. At just 12 years old Harmony is the only child to have bestowed such an honour.

This extraordinary Father-Daughter duo offer two show options – one being a collection of Broadway blockbusters, contemporary classics and operatic arias including The Prayer, Time to say Goodbye, Somewhere from West Side Story, What the World Needs Nowby Burt Bacharach, The Greatest Love of All and selections from Jesus Christ Superstar, Phantom of the Opera, Beauty & the Beast, Aspects of Loveand Annie.

The other show option entitled ‘We are Family’ is a tribute to the Father-Daughter duos who have gone before them – Frank and Nancy Sinatra, Nat and Natalie King Cole, Australia’s own Jimmy and Mahalia Barnes in addition to some of the greatest songs ever recorded by families including The Carpenters, Donny & Marie Osmond, Judy Garland and Liza Minelli, The Jackson Five, The Beach Boys and even the Beach Boys!

Well known for his award-winning portrayal of Jesus in Harry M Miller’s Jesus Christ Superstar with Jon Stevens and Deni Hines, Darryl won both the Australian Singing Competition and was a finalist in the Asia Pacific Singing Contest in 1989. Appearing in Les Miserables, Chess and alongside Sarah Brightman in The Music of Andrew Lloyd Webber heis the co-creator of the worlds’ most successful corporate entertainment act and operatic sensation ‘The Three Waiters’.

When Tina Arena compares an 11 year old singer to Barbra Streisand – chances are she’s worth listening to! Two-time Eisteddfod award-winner and one of the youngest featured artists in the Schools Spectacular 2011 and 2012, Harmony came to the public’s attention in the Network 10 revival of ‘Young Talent Time’ where judge Tina Arena compared her to a young Barbra Streisand and Whitney Huston.

Representing two of the finest voices of their respective generations – Darryl & Harmony’s vocals will give your audience ‘goosebumps’. Some audiences are moved to tears, many are driven to a standing ovation but each and every audience demands an encore! 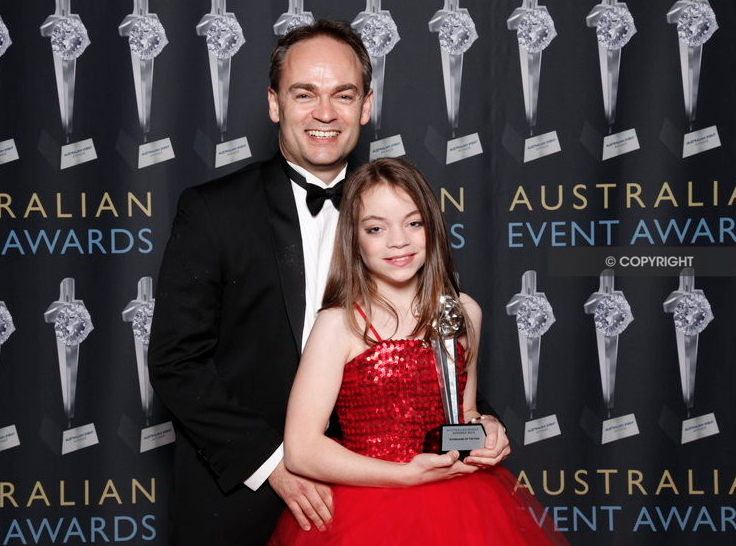 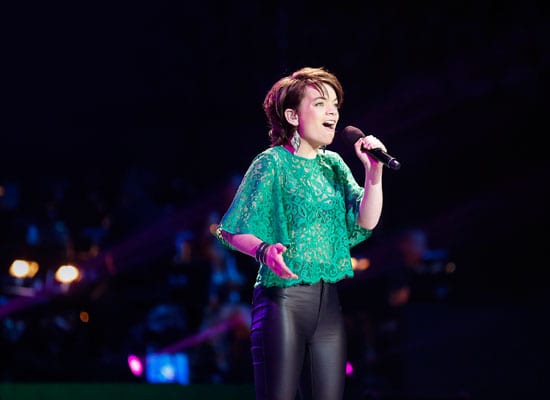 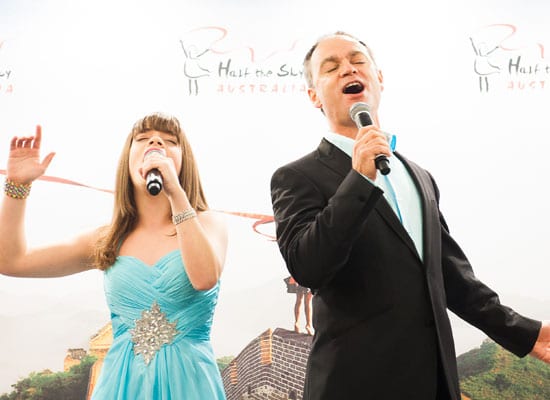 Play Video
"Darryl and Harmony's performance was nothing short of breathtaking. Their unique Father-Daughter performance overwhelmed everyone in attendance. Both performers are incredibly talented in their own right but as a duo they are simply amazing."
Patrick Tessier Managing Director AADA National Dealer Convention
"o say that guests were absolutely delighted would be an understatement. Everyone was genuinely impressed by Harmony's talent and it goes without saying that the unique flavour of this Father-Daughter combination is truly heart-warming and completely exceeded my expectation for something 'completely fresh and new."
Kylie Pagent Group Marketing & Communication Manager AUDI
"Barbra Streisand may as well hang up her microphone Harmony because I think you are extraordinary"
Tina Arena
"You reminded me of a young Whitney Huston"
Chucky Klapow - Young Talent Time
"Your performance left everyone in the room speechless or in tears and was truly special."
Grant Williams, Executive Producer - A Current Affair
"Thank you for your wonderful performance – you and your Dad stole the show!"
Don Spencer OAM, Founder Australian Children’s Music Foundation
"WOW Harmony - you blew me away"
Guy Sebastian
"Harmony - you are an inspiration"
Mark Vincent - Winner "Australia's Got Talent
"Alongside her Dad, Harmony and Darryl command the room"
Meg Fisher,Events and Protocol Manager Local Government and Shires Association of NSW
"Having them on the show (2UE) was such a highlight we had to replay the performance the next day!""
Clint Drieberg Senior Producer/Entertainment Correspondent 2UE
"I am amazed by Harmony - not just her talent but her depth of understanding of what Make-A-Wish does and brings to children with life-threatening illness. Thank you all for your wonderful contribution to the Make-A-Wish Balls in Sydney and Melbourne"
Bethaney Gilli - Fundraising and Bequest Manager Make-A-Wish Foundation
"Absolutely Outstanding"
John Lees Sales & Marketing Consultant, Authour
Facebook-square Instagram Youtube Twitter Vimeo